Smuggler’s Creek Inn, nestling on the cliffs overlooking Donegal Bay and the Blue Stack Mountains in South Donegal, dates back to the early 1900.

If you travel from Ballyshannon, one of the oldest settlements in Ireland, you take the coastal route to Rossnowlagh, in the Irish language, Ros Neamhlach, meaning “heavenly headland” for 6 km, and then branch onto Cliff Road. You will feel the sea mist on your face as you travel along the cliff to the Inn where panoramic views of the wild Atlantic await you.

In the olden days of history, the scattered village of Rossnowlagh has a population of about 50 people in the winter, swelling to about 1000 in the summer. According to local folklore, the Smuggling trade flourished in Rossnowlagh in years gone by. Rumour has it that a notorious Sea Captain had a cottage on the Shores of Durnesh Lake, a tribal water which has access to the Sea. This cottage can still be seen marked on old maps. He was a smuggler and pirate, who roamed the seas with his nefarious cut-throat crew. When tides were stormy, they used the Creek, below the Inn, to land their vessel and they hauled their booty and their contraband up the old hidden path, hence the name “Smuggler’s Creek”. 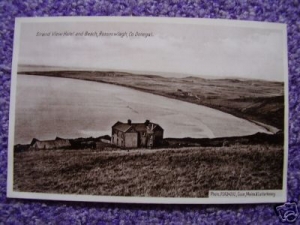 Smugglers Creek Inn was originally built by the MacLaine family back in 1907. It was known as the Strand View Hotel. It proved to be the one place in Coolmore which made a considerable contribution to the tourist industry.
At the time it was built, Mr. MacLaine was a sergeant in the Royal Irish Constabulary (RIC). He later became a head constable so the running of the hotel was in the hands of Mrs. MacLaine. She was a very capable woman and made a good job of running the hotel and keeping visitors. Many of her visitors returned year after year, so it looked as though they were well satisfied with their treatment in the Strand View. The name was no misnomer. It had a magnificent view of the Strand and the bay.

The Strand View Hotel was doing a flourishing business. Mrs. MacLaine, together with her three daughters and four sons made their contribution to the success of the Hotel. Around 1920, Mr. MacLaine retired from the RIC and came to live at the Hotel. 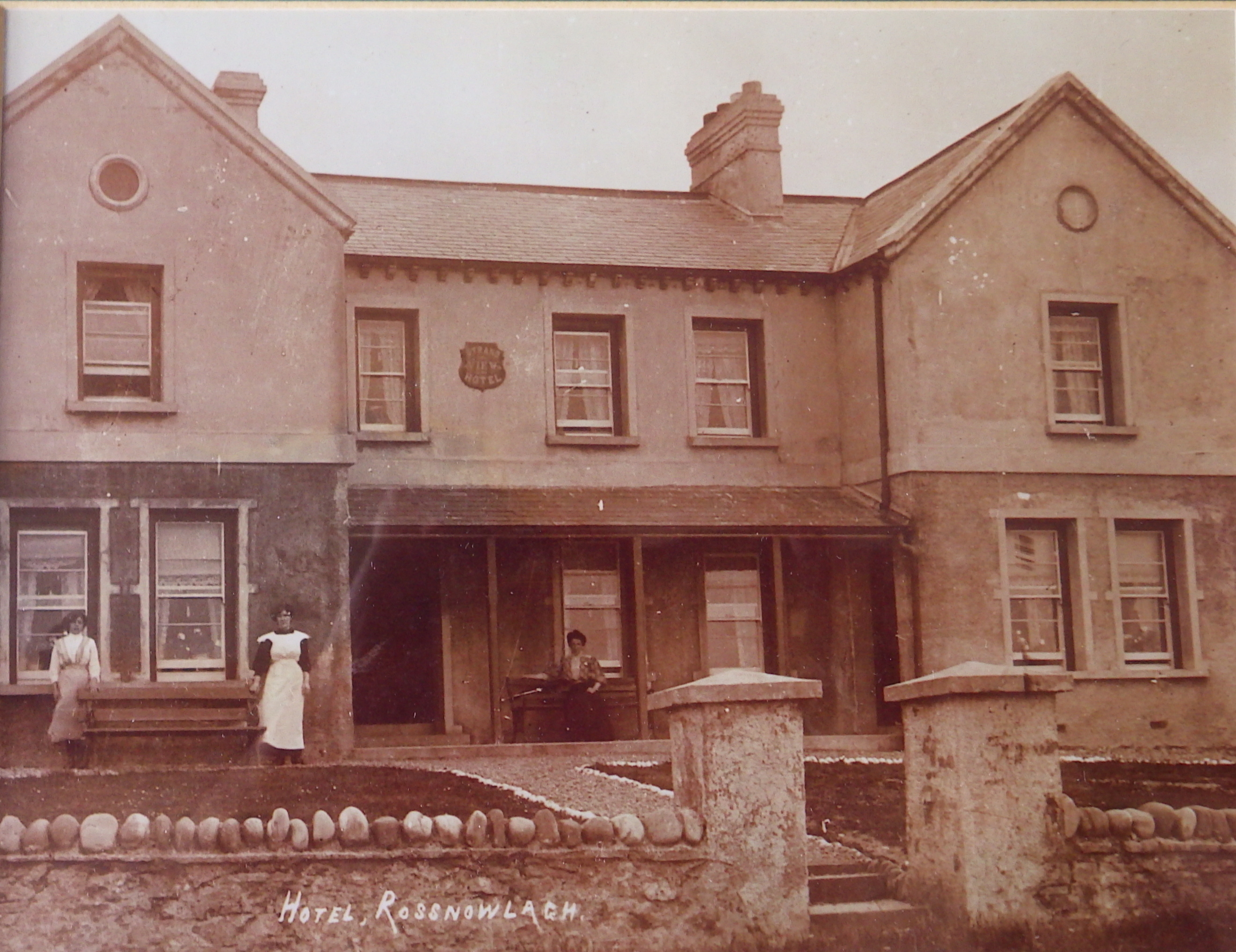 He bought a motor car, as is mentioned elsewhere, and this proved a great help to tourism
in the entire area as it was the only car available for hire which was owned by anyone in
this part.

Unfortunately, the MacLaines decided to leave Rossnowlagh in early 1924. They bought a house in Portballintrae, near Portrush, which they ran very successfully as a hotel. Today, Martin and Janette MacLaine are still running a Self-catering business in the Portballintrae, County Antrim area. 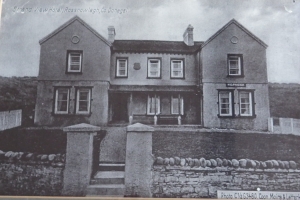 The MacLaines rented the Strand View Hotel to Mrs. Wylie, who was Mr. MacLaine’s sister. Mrs. Wylie and her family ran it successfully for many years. However, as they prefer to buy a place of their own, so they left Rossnowlagh and moved to Portstewart.

The Strand View Hotel was then passed through the hands of several owners. Between the 40’s and the 60’s it was considered the best hotel in the area. However, it declined in the late 60’s and closed in the early 80’s, by which time it was in a poor state of repair.

In 1991, it was bought by Conor Britton (RIP) from Rossnowlagh. Major renovations were undertaken. The Inn known as Smugglers Creek opened its doors at Easter 1992 and has gone from strength to strength, winning many awards for its food, drink & craic.

In the depths of economic downturn in 2009, Emily Browne, a Hong Kong Chinese business woman saw the potential of Smugglers Creek Inn and took the brave step of buying it from  Conor and continued to run it as a successful bar and restaurant with accommodation. In 2014, a new extension was built and opened for business around Easter. The windows are so large in the new Conservatory Restaurant that nearly every table has a view, maximising the true potential of the Inn.

A unique offering for the region, Smugglers Creek Inn is a vibrant bar and restaurant where all the locals get together and have some craic. It also attract many visitors from other parts of Ireland, Northern Ireland and overseas.  It opens every day from Mid-May to Mid-September and weekends for the rest of the year, except for mid-Nov to mid-Dec, serving delicious food and refreshing drinks.

Enjoy and feel the passion we share for this enchanted place!